Why Photo-Realistic Floorplans are not Photographs

A recent request from a client showed while 3D Floorplans may be photo-realistic they are not photographs. When the client in question first viewed the 3D Floorplans we had created for their suites, they were delighted. They said they were 100% realistic, every detail and dimension was exact.  Small revisions were carried out and soon their 3D Floorplans were ready to go on their site.  A few weeks later we received an another request from the client:

To us it seemed they had missed the point but we understood where they were coming from. We pointed out to the client that the USP of a 3D Floorplan was that it offered an alternative to their beautifully staged photographs and altering them would be counter-intuitive.  Hotel Photography particularly at the luxury end of the market is about maximising the space through lighting and staging. Often professional photographs are so good they are no longer a true reflection of the room. From a marketer’s perspective it is understandable to present a  product in the most compelling way but the question remains whether this is what the customer wants.  On the other hand a 3D Floorplan can answer questions in ways which photographs cannot and provides a clear overview of any space far better than a highly staged photograph.

While our 3D Floorplans are designed to be Photo-Realistic they are NOT Photographs and the client was not comparing like with like.  They are a complimentary product which provides customers with a objective view of a suite.  They are a great conversion tool because they allow customers to examine a space in detail and speed up the decision making process. 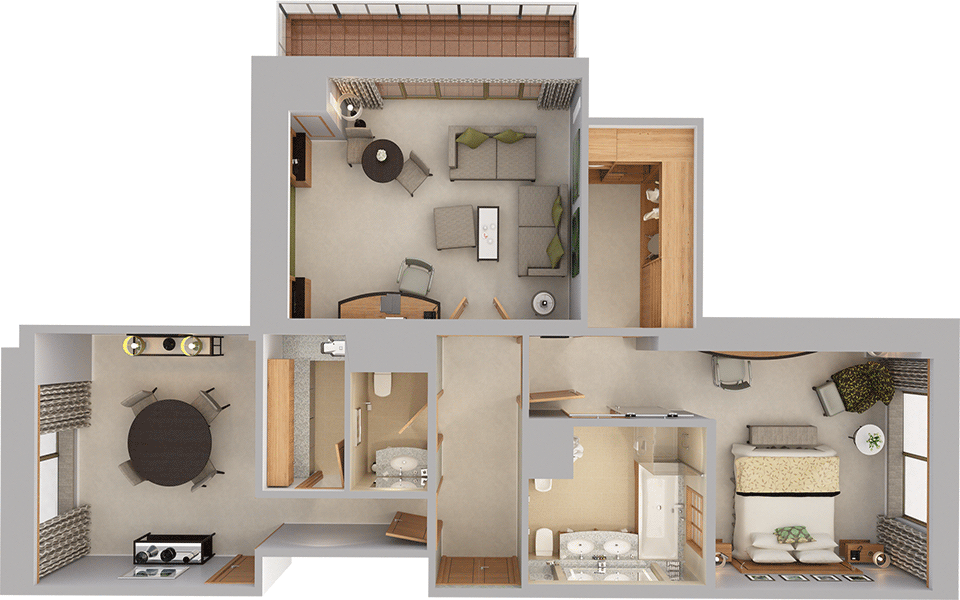 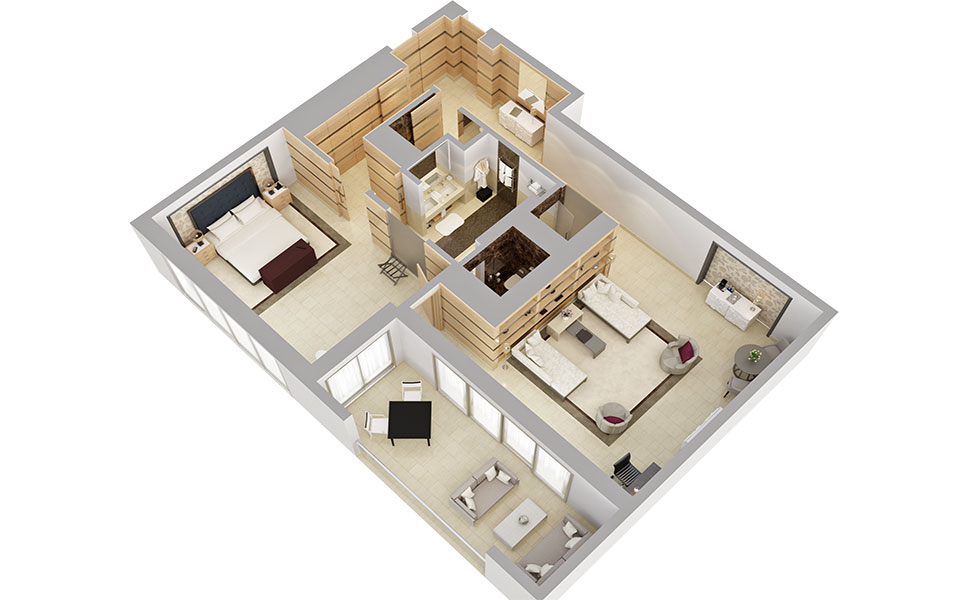 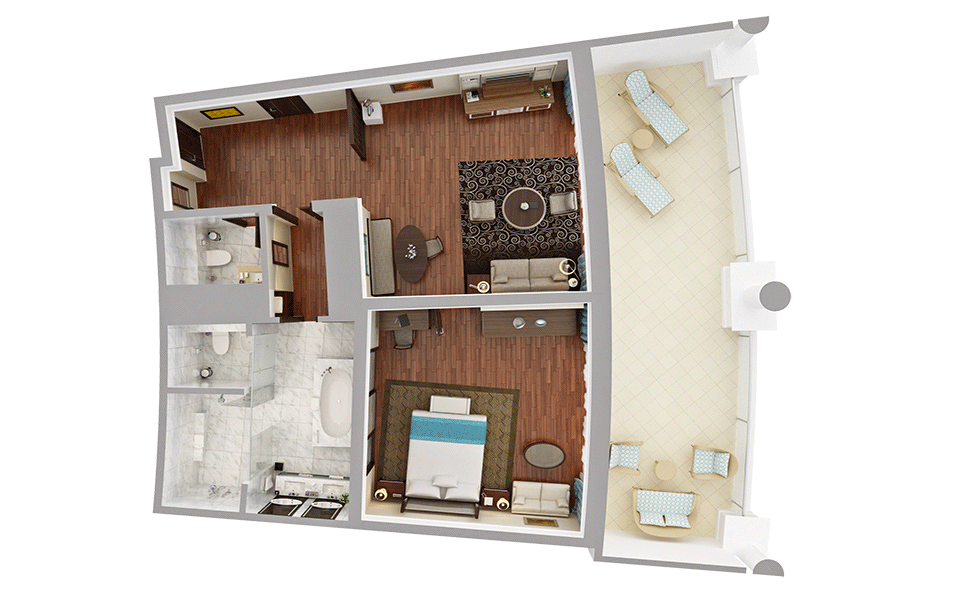 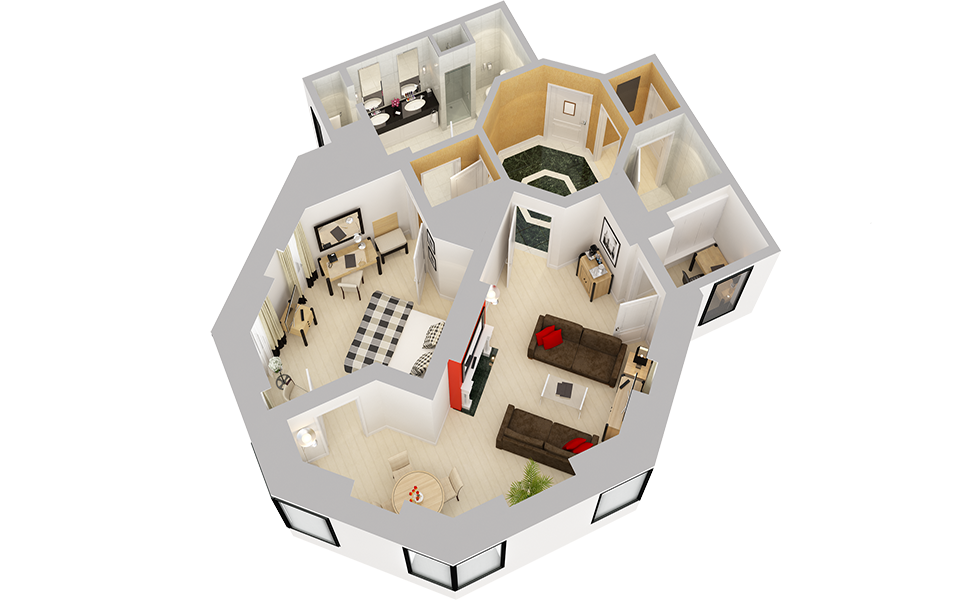 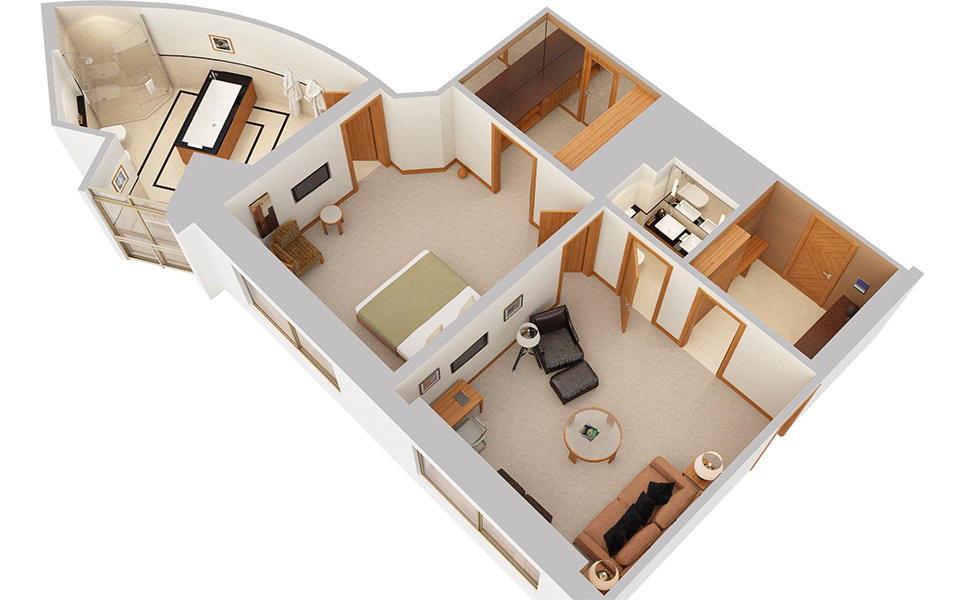 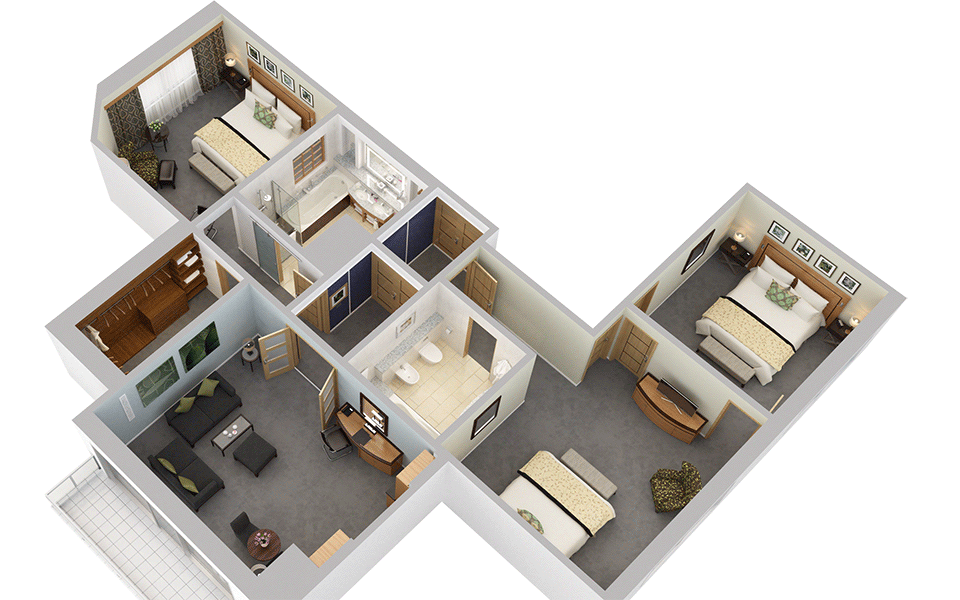 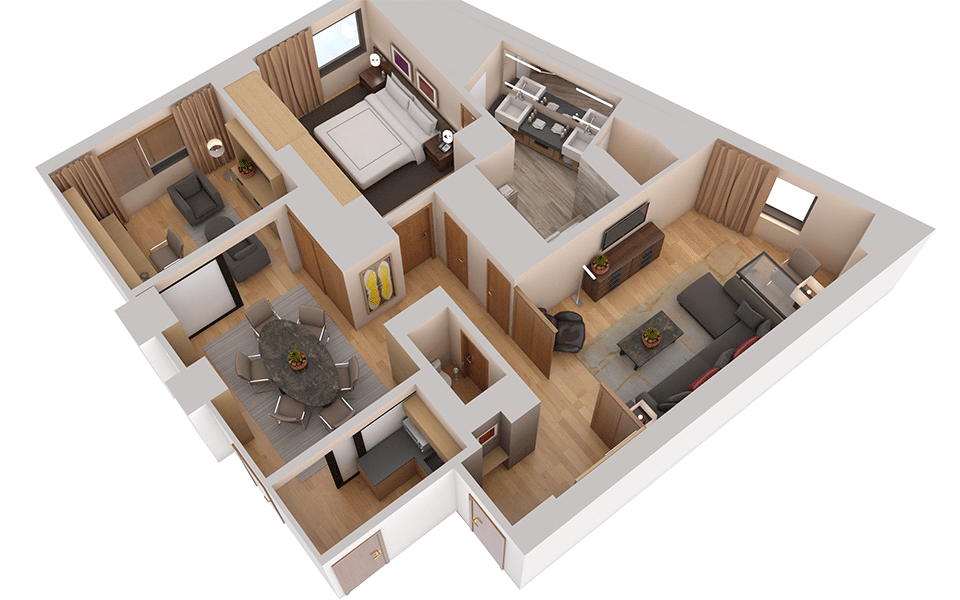